Domestic violence and the WA election 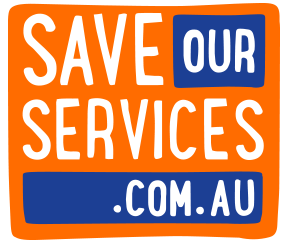 Led by UnionsWA and public sector unions, the Save Our Services campaign has today joined with the Women’s Council for Domestic and Family Violence Services (WA) to release a new election advertisement highlighting cuts to important prevention services. This is the first time in Australia that domestic violence has featured in an election television advertisement.

“The indicators for domestic and family violence are appalling.

“We now have 4,500 West Australian children in state care due to abuse and neglect.

“Of course, women and children need access to emergency services including police, crisis accommodation and counselling.

“But prevention services such as family support and mental health services as well as parenting information and financial counselling are also vital to preventing domestic and family violence.

“However many of these preventative services have been cut over recent years.”

“Nothing excuses violence, but rising unemployment and worsening underemployment are placing great pressures on many families.

“Yet the WA Liberal Government has cut by over $50 million important local prevention services that provide support to at risk families.

“The government has also rejected claims for domestic violence leave for its own workforce – leave that could help to prevent a crisis of domestic violence being compounded for survivors, mostly women, by losing their job.

“Unions are proud to join with community members and the Women’s Council for Domestic and Family Violence Services (WA) to raise awareness of this important issue.”